Home » Posts » What am I capturing: data, information, or knowledge?

After asking why capturing knowledge, I’ve reflected on the distinction between data, information, and knowledge. Although it’s dangerous and limiting to draw strict boundaries, we might take advantage of those differences to better define the material we capture.

Suppose we map the continuum of data -> information -> knowledge on a line indicating the leftmost as the rawest and the rightmost one as the most refined. In that case, it will make sense to imagine data being the raw material captured in its rough shape.

That’s another way to distinguish the three.

Information is data with a context, either already found or added by us during the capturing.

Knowledge is far from being captured but instead developed, and it would become more tangible in a more evolved phase in our workflow. In this context, we want to refer to knowledge as connected information, data you have refined, checked, validated, put into contexts, and connected most robustly with the existing knowledge in your PKMS.

BE CAREFUL: It’s not wise to take the previous statement as a rule or as a universal principle, we need to create a model representing the processing level of the material we capture. It might well happen that you find yourself capturing data, information, and knowledge as the input of your PKM workflow. We want to observe that a note captured is usually something that will need further processing, and it’s seldom something we could use as it is. There is a higher chance you will capture raw data more frequently than refined knowledge. 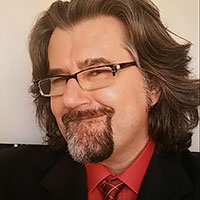